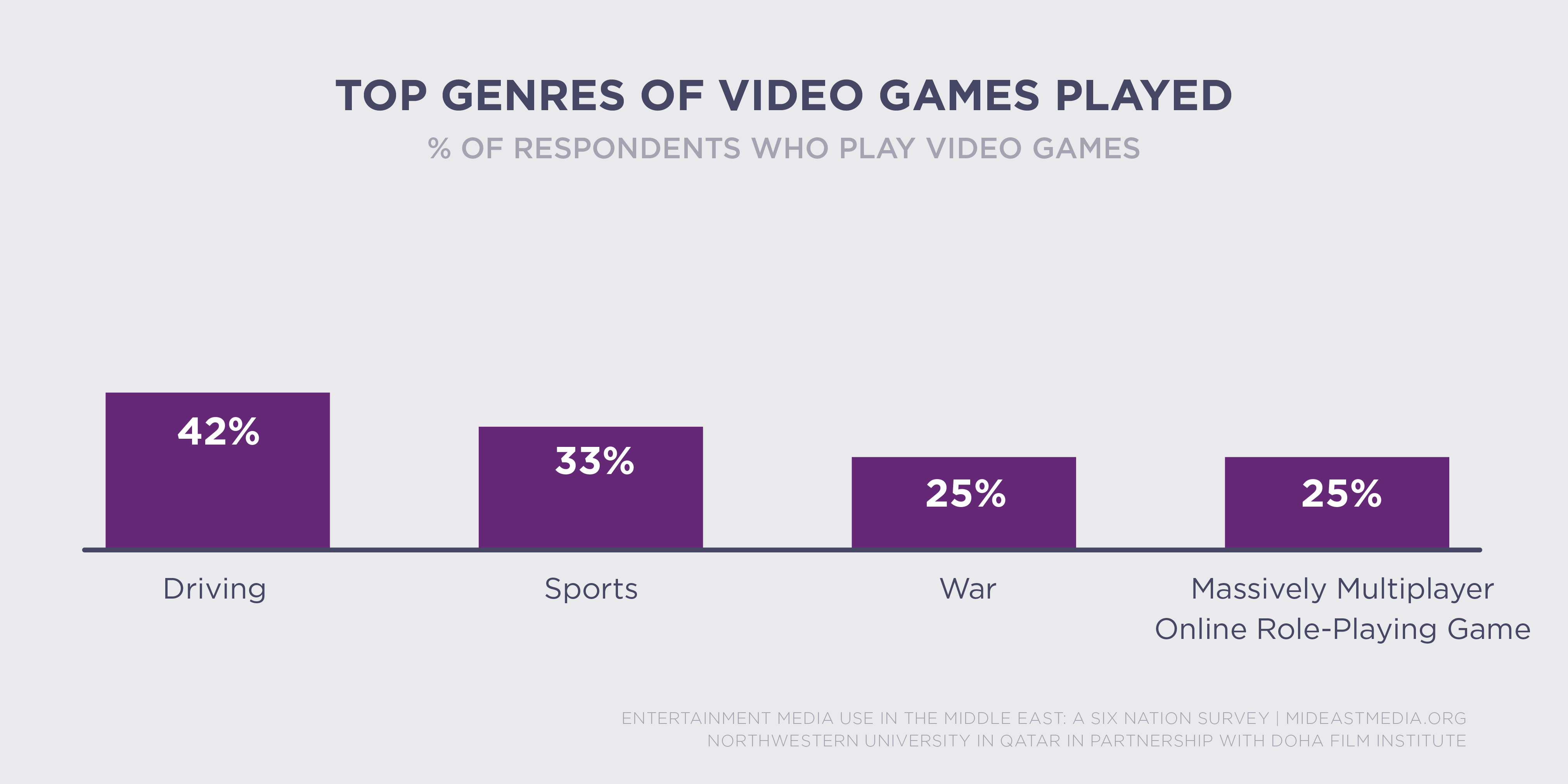 Driving/racing games are the most popular genre in the MENA region – four in ten gamers play this genre (42%). Sports-related video games are also popular, with a third playing them overall. War-related games – including MMORPG (massively multiplayer online role playing games) such as World of Warcraft – are played by at least a quarter of all video game players.