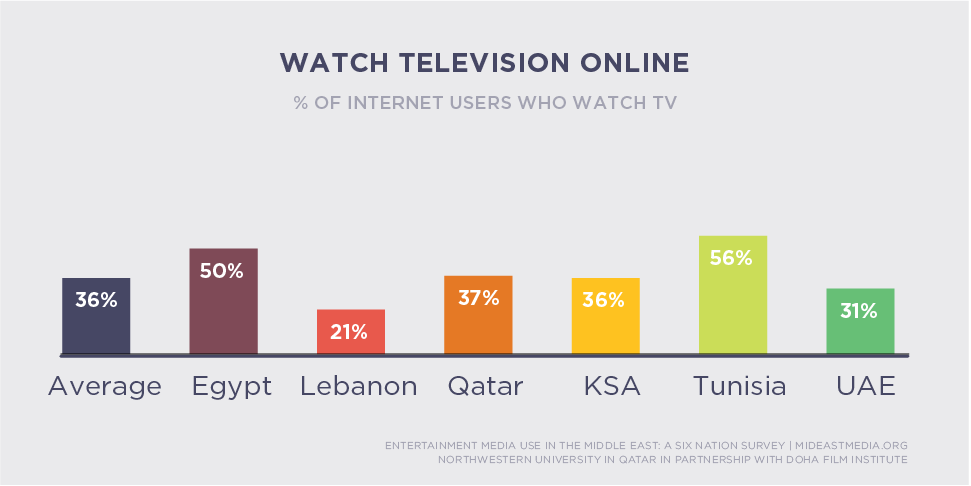 One-third of internet users watch television shows online (35%). They are twice as likely to stream shows online as download them to a device (30% vs. 12%). Online streaming is more popular in Qatar, Saudi Arabia, the UAE and Tunisia than Egypt and Lebanon. Less than a quarter of internet users say they would pay to download a television series (23%). Those in Saudi Arabia and the UAE are far more likely to pay to download TV shows – 59% and 24% respectively, versus 10% or less in the other countries.

Younger viewers are much more likely than older viewers to watch TV online; those under 25 are three times as likely as those 45 or older to access TV programs online (36% vs. 13%). Online access to television also increases dramatically as the level of education increases – from a very few of those with just a primary education to a third of those with university degrees (8% vs. 33%). Ethnicity also plays a role; Arab and Asian expats are more likely to watch TV online than Western expats or citizens of the six countries.