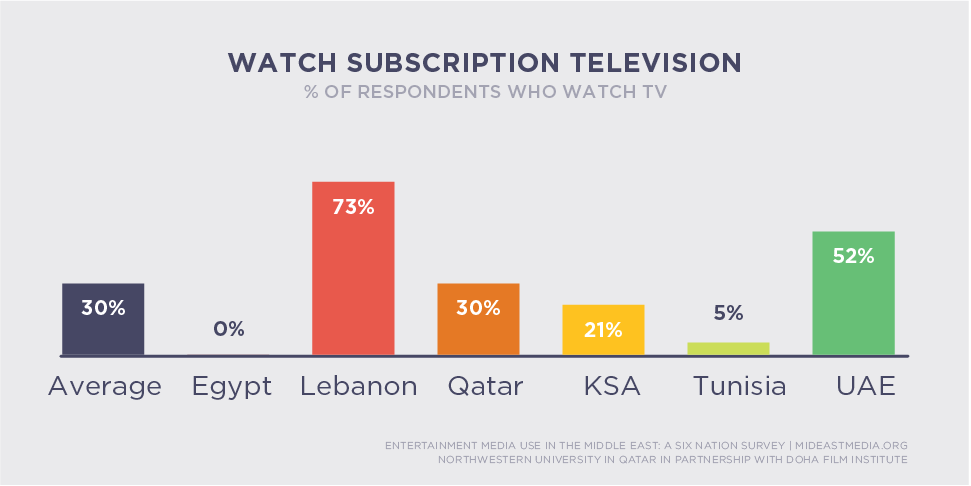 Free-to-air satellite TV is the most common format for watching television, followed by subscription TV (69% and 30%, respectively), although the incidence of each varies considerably by country. In Egypt and Tunisia, nearly all viewing is of free TV, and three-fourths watch free TV in Saudi Arabia. In contrast, only about half watch free TV in the UAE and Qatar (54% and 55%, respectively), and in Lebanon, use of subscription TV surpasses that of free television (73% vs. 43%).