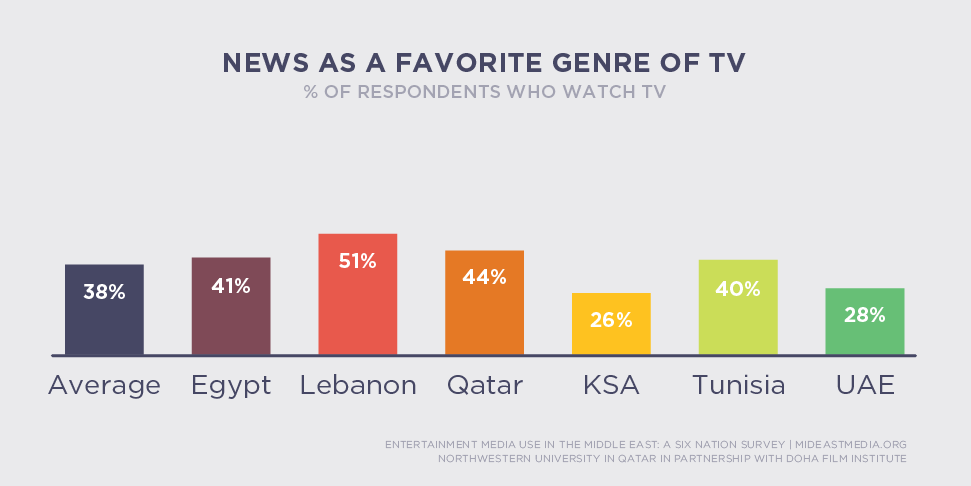 Comedy is the most preferred genre for television programming, as was the case with film. Half put comedy in their top three favorite genres; news and drama round out the top three (38% and 35%, respectively). Comedy is cited most often in Egypt and the UAE as their favorite form of entertainment on TV (66% and 59%), while

TV-watching preferences vary considerable by the viewer’s background and country. For example, sports lovers are almost exclusively male, while women are more likely than men to watch soap operas (37% to 17%). Younger viewers are also more likely to watch sports. News is preferred more by men than women, and also by older viewers. European, U.S. and Asian expats are more likely to prefer comedy than other forms of entertainment, although news is important to them also.