A Focus on Sports 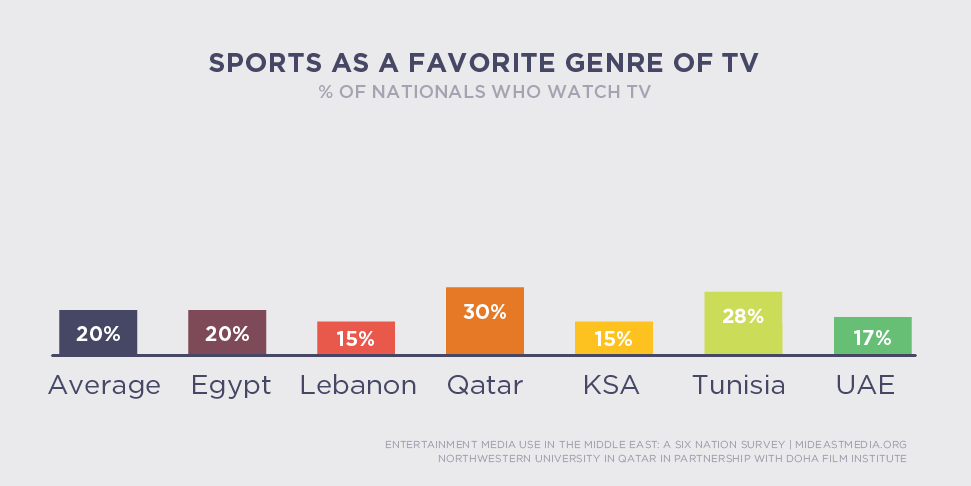 While fairly popular, watching sports on TV is not as popular as other genres such as comedy, news, drama and soap operas. One in five respondents name sports as one of their top three favorite genres of television. Those in Qatar and Tunisia are the most interested in sport (28% each), those in the UAE less so (11%). Sports programming is equally popular across ethnic groups in Qatar, although generally speaking country, nationals and Western expats show slightly more interest in sports than Arab and Asian expats.

As noted above, watching sports is almost exclusively a male behavior – 34% men vs. 4% of women prefer sports – and also more popular among young viewers (24% under 25 vs. 16% 45 and older). There are few differences in interest in sports by income or education level.