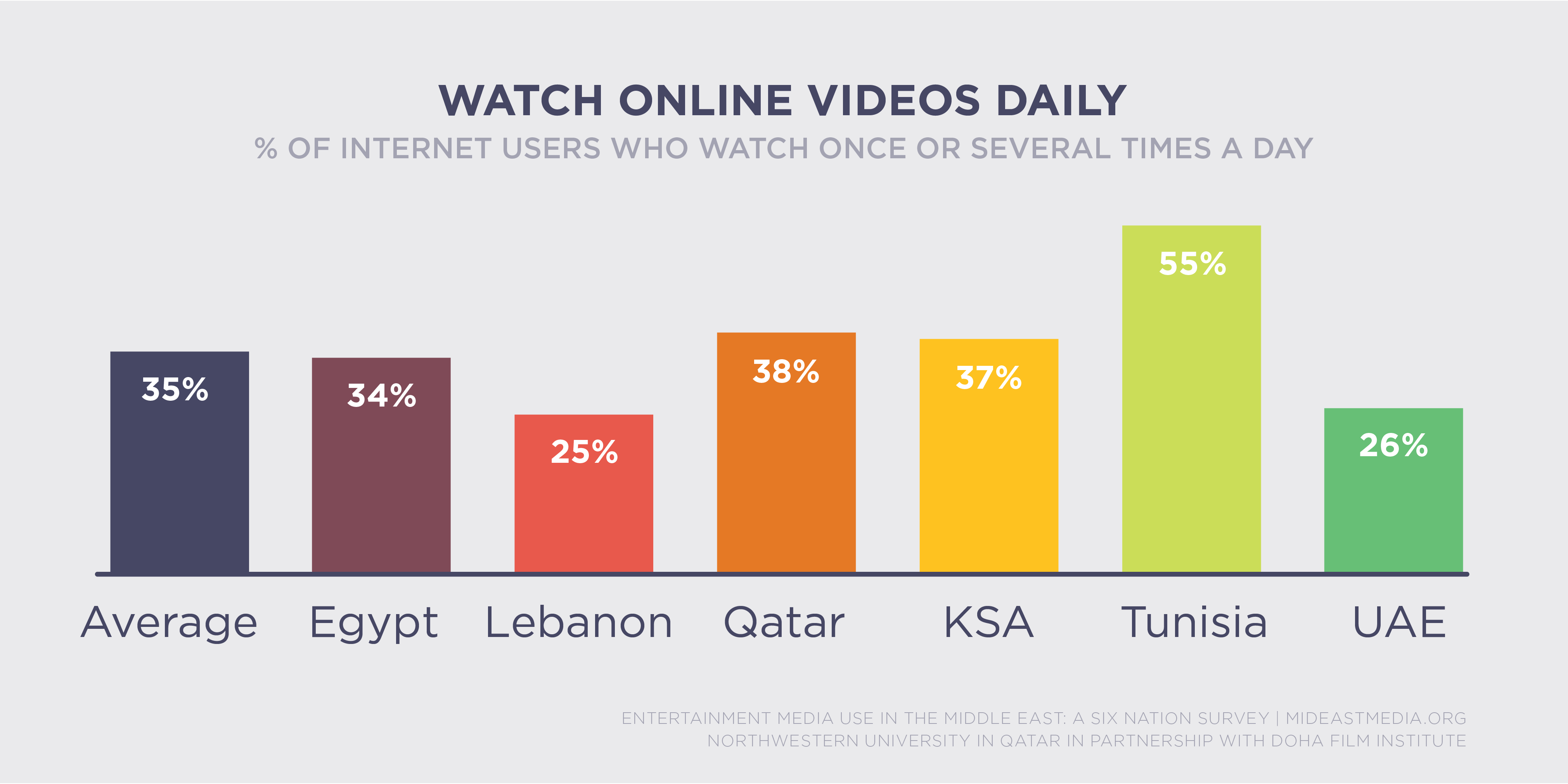 A majority of internet users say accessing internet sites with emphasis on video content, such as YouTube, Hulu and Istikana, is important to them for entertainment (58%) – a claim borne out by the fact that nearly nine in ten watch videos online (88%), and a third do so daily (35%).

These sites are important for entertainment in all six countries, slightly more so in Saudi Arabia and Tunisia (68% and 64%, respectively), and less so in Lebanon (44%). More than half of Tunisians watch online videos daily (55%), which is much more often than any other country. About a third of internet users in Qatar, Saudi Arabia, and Egypt watch online videos every day. Daily viewing of videos is less common in Lebanon and the UAE (25% and 26%, respectively).