Sports on the internet 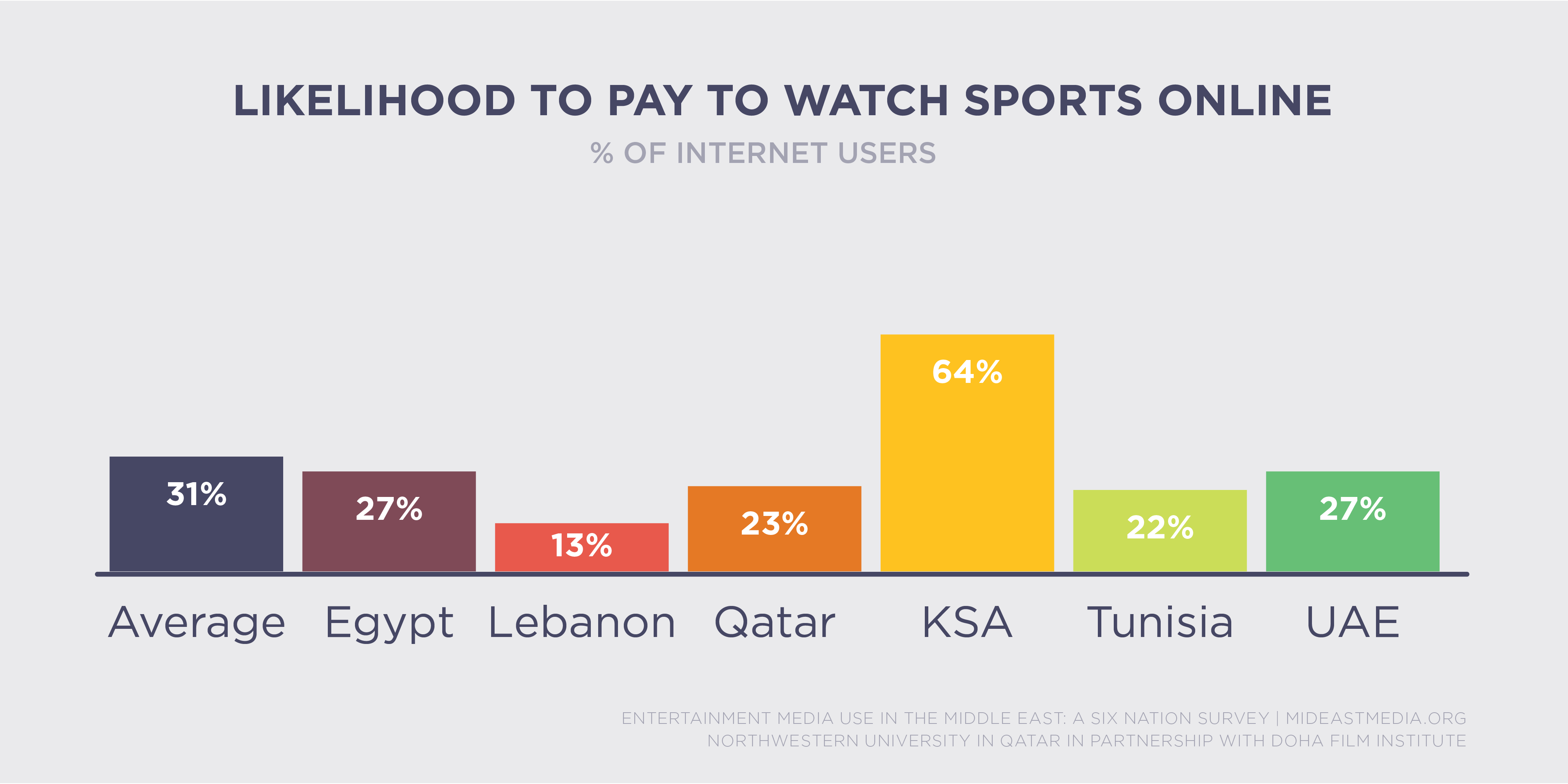 A quarter of internet users in the region who watch online videos consider sports one of their favorite online genres (24%). This jumps to three in ten among Egyptians, Lebanese, and Tunisians, and is lowest in the UAE where only 15% cite watching online sports as a preference. Watching online sports is almost exclusively preferred by men (37% vs. 7% of women). Younger viewers (under 25) are also more likely to prefer sports online (27%) as well as those with less education (33% of those with a primary school education).

Men more frequently discuss sports online (23% vs. 5% of women), as do those with no more than a primary school education (23%).