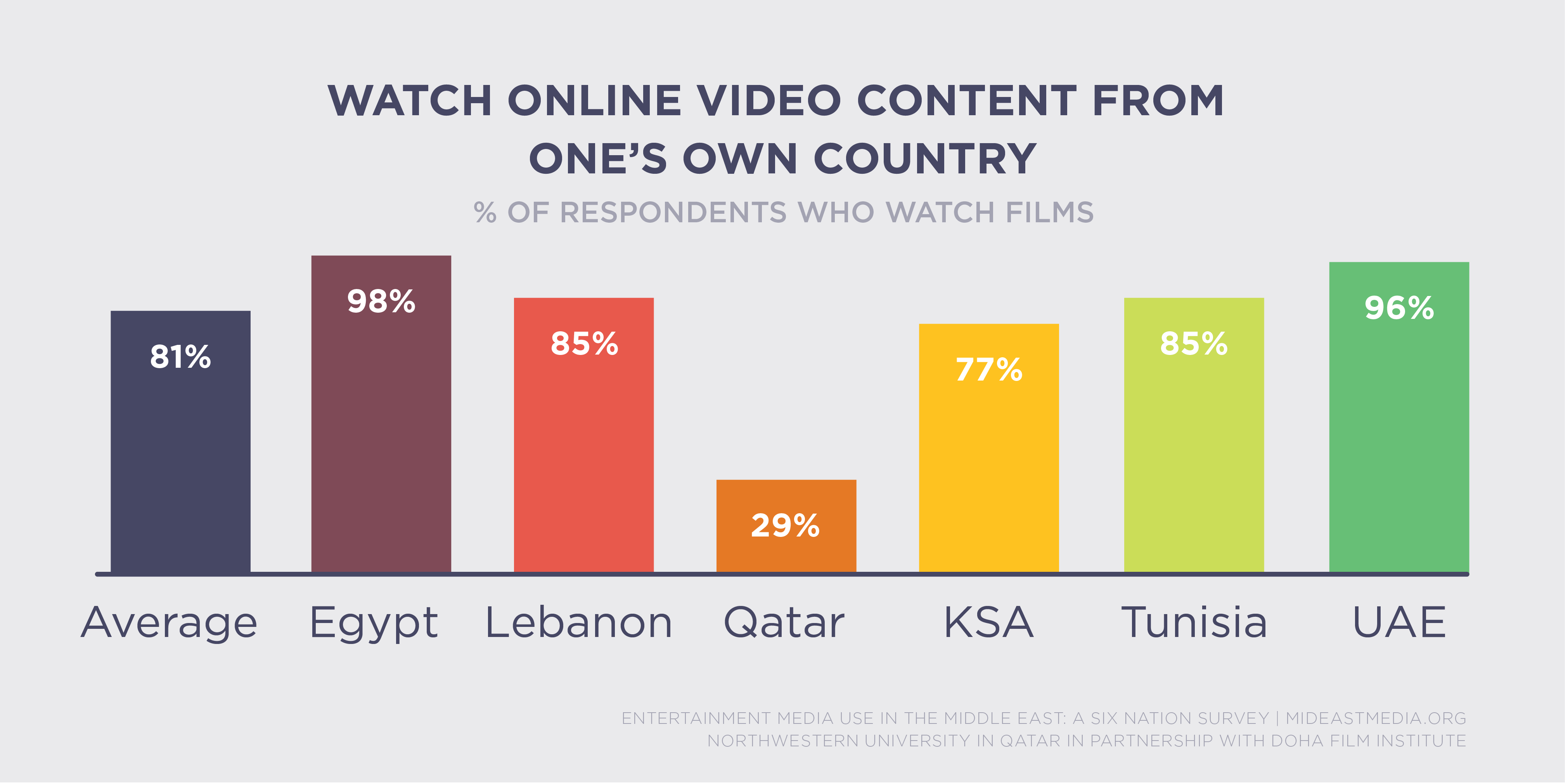 The source of online videos watched varies greatly by country. Viewership of online videos from one’s own country is very high in Egypt, Lebanon and Tunisia (watched by more than 8 in 10 in these countries), and also common in Saudi Arabia (64%). Less than half of UAE residents watch online video produced in their country (48%), and very few residents in Qatar watch video from that country (18%), but viewership is strongly linked with nationality.  Most UAE and Saudi nationals watch videos from their own country, while very few non-Arab expats do. In Qatar, though, even nationals are not likely to watch videos produced in the country (29%).

Online video content from the U.S. is also very popular in Lebanon, where half of viewers watch such material (53%), and nearly half of Tunisians watch European videos (45%).