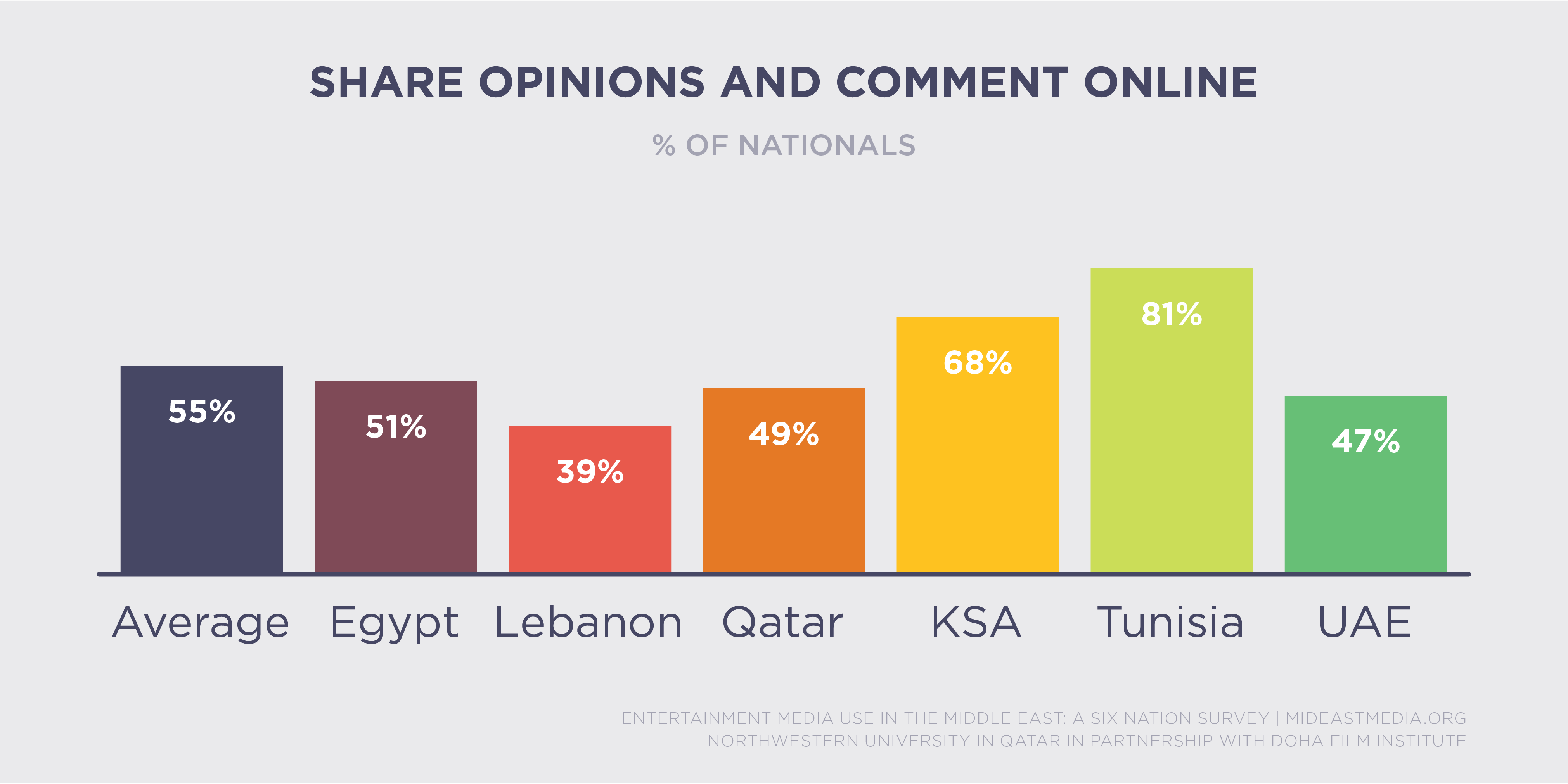 One in five comments on online videos. After that, an equal number – about one in seven – are likely to comment on user-generated content, sports, television, news, films, and reality shows. Men are more likely than women to discuss sports and news online – two topics they are more likely to follow online overall. Younger users, those with a primary school education and country nationals talk more about online videos and user-generated content than their older and more educated counterparts, respectively. Western expats are more likely than others to discuss sports and television programming online.