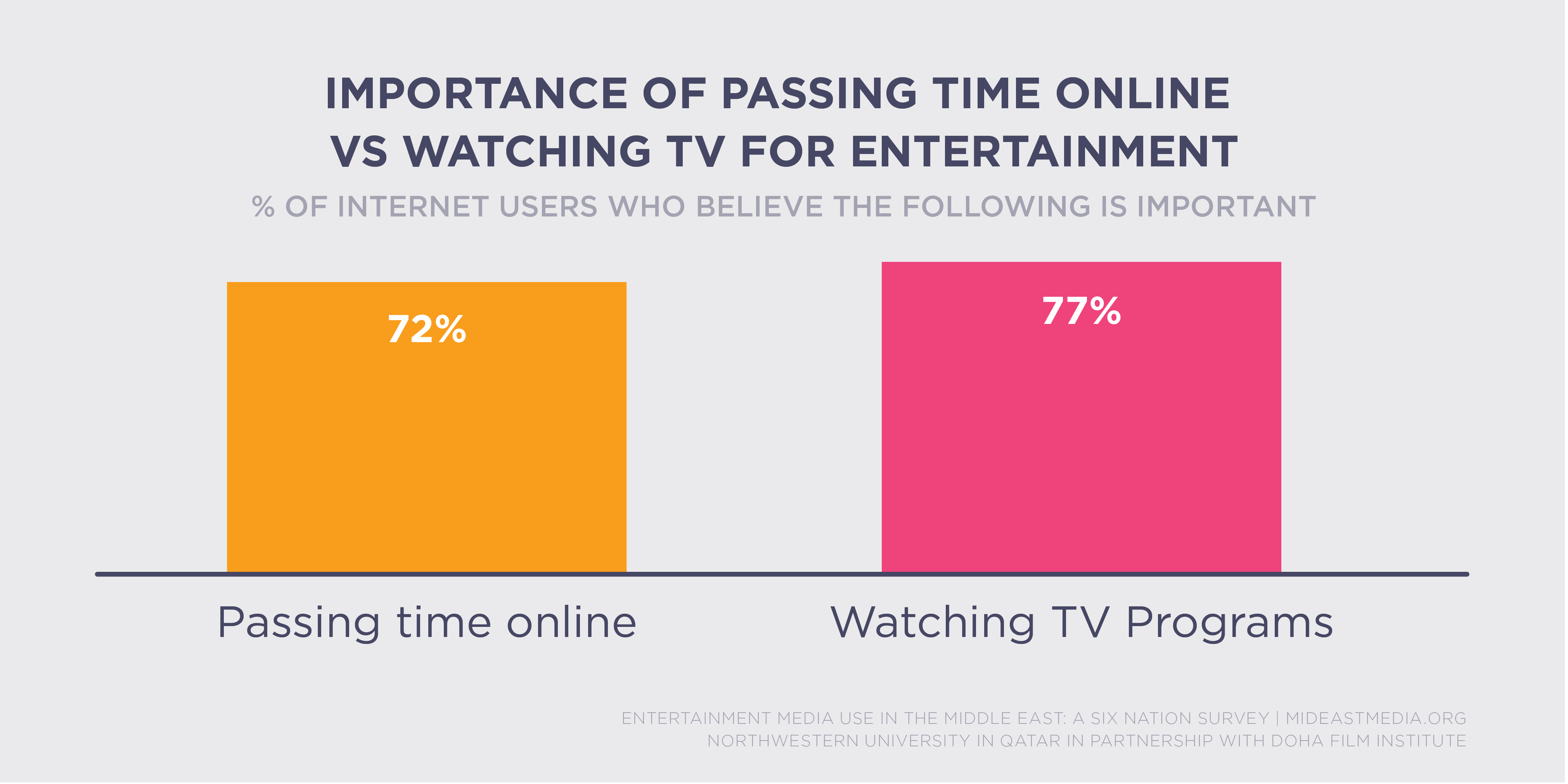 Passing one’s time online is consistently popular among most segments of population in the study. Almost all internet users in the region spend time online for entertainment (96%) and the majority go online on a daily basis (59%); a third several times a day. Furthermore, three-fourths say spending time entertaining themselves online is important (72%), and consistently so across internet users in all six countries.

Passing one’s time online is more a part of everyday life among younger internet users – and more vital to their entertainment – than for older users. Two-thirds of those under 25 are online daily compared with half of those 45 and older (68% vs. 52%), and eight in ten younger users say this is important for entertainment versus two-thirds of older users (79% vs. 65%).