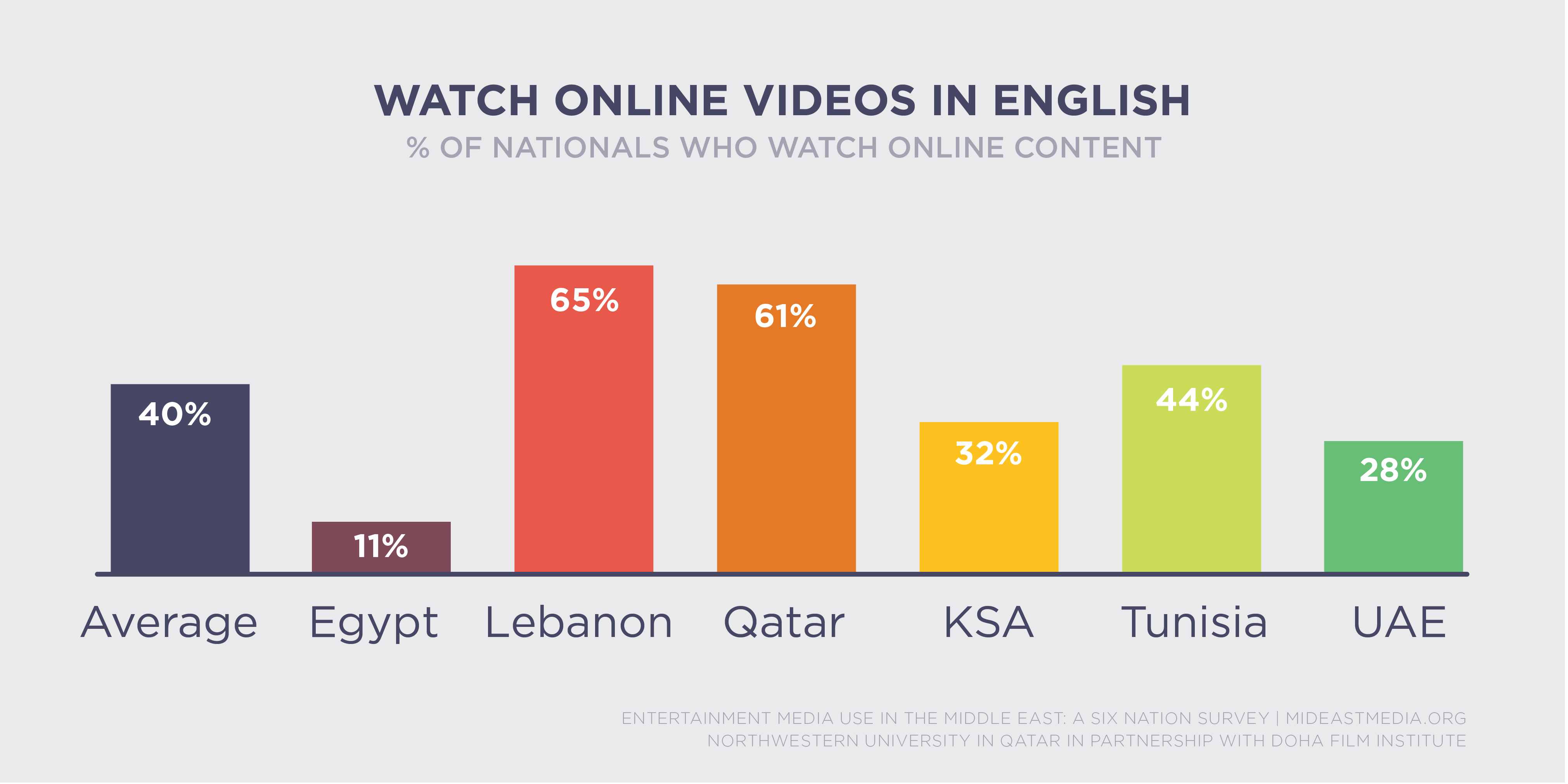 English is almost as popular as Arabic for watching videos online, perhaps due to the amount of English content available on the internet and the ability to access it. Half of those who watch online videos do so in English compared to approximately two-thirds who do so in Arabic (52% vs. 69%).  Online videos are similar to

video games in this respect, in that both English and Arabic are common. In fact, more people play video games in English than Arabic (67% vs. 56%). In comparison, the Arabic/English distinction is much more pronounced for television content, of which only a third watches in English compared with eight in ten who watch in Arabic (30% vs. 81%).