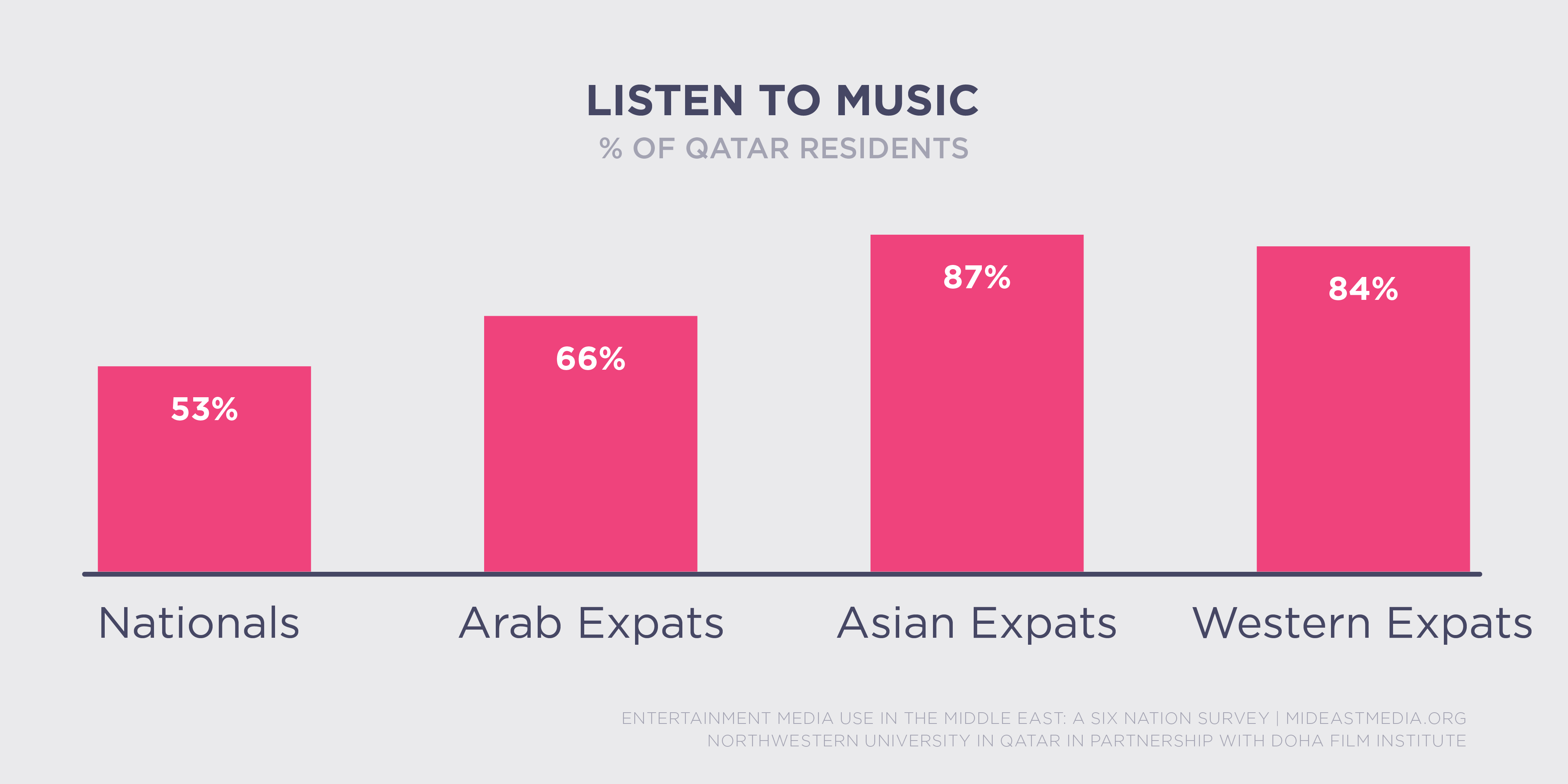 Not only do non-Arabs listen more to music, they find music to be a much more important aspect of their entertainment. Two-thirds of non-Arabs in the country consider music to be important compared with only a quarter of Qataris (66% Asian, 68% Western, 37% Arab expiates, 27% Qatari nationals). Nationals in other countries are much more likely to consider music important for entertainment.