Enjoyment and Morality of Films and Television 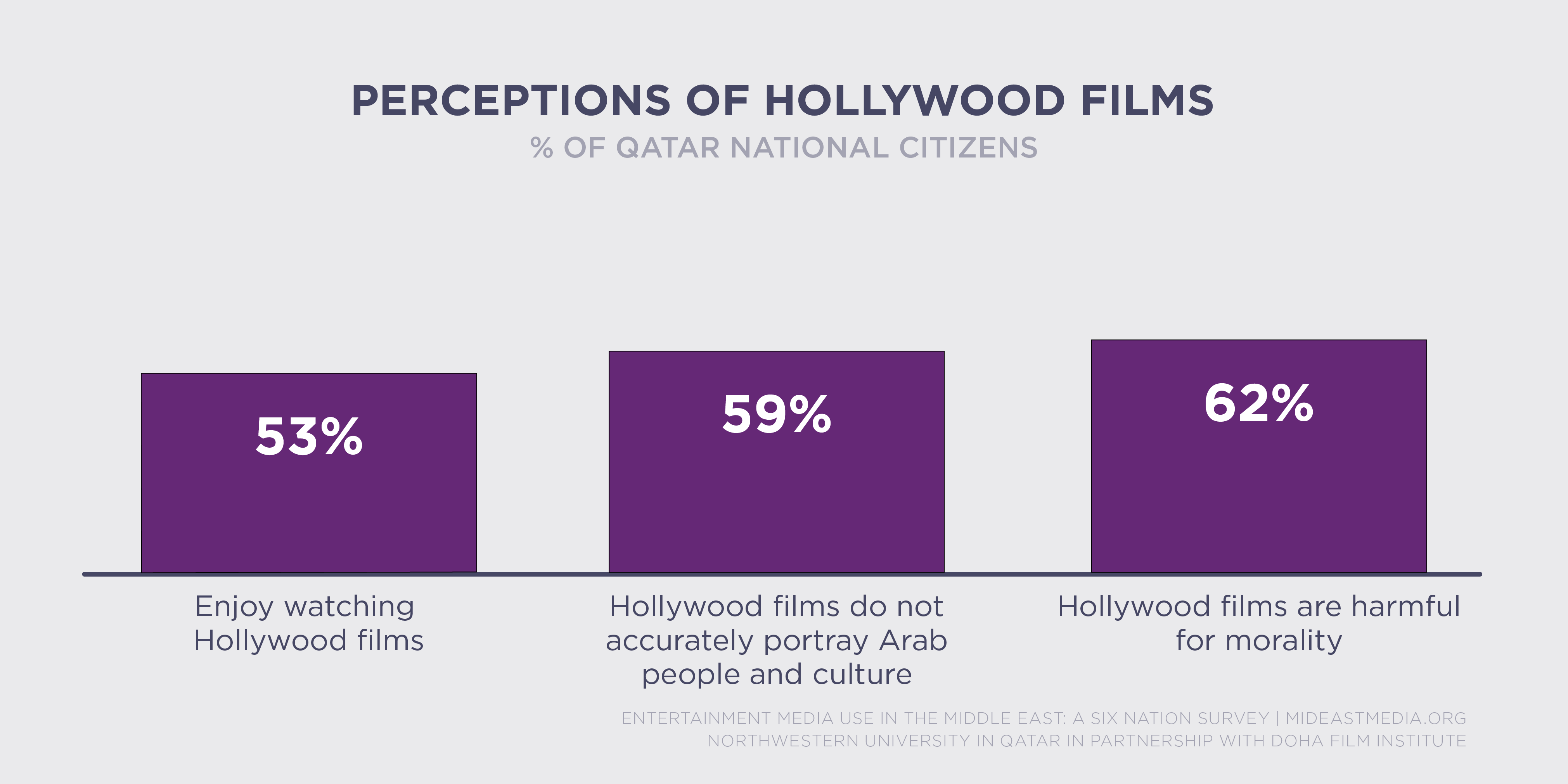 When looking at the media habits of Qatari nationals, we see an interesting juxtaposition between enjoyment of films and television from outside the MENA region and their perceived impact on morality; a similar contradiction is observed among all Arabs in the region.

Qataris – and other Arabs – watch more films and television produced in the MENA region than films from elsewhere, and they generally feel this material accurately portrays Arabs and is good for morality.