Censorship and Regulation of Entertainment 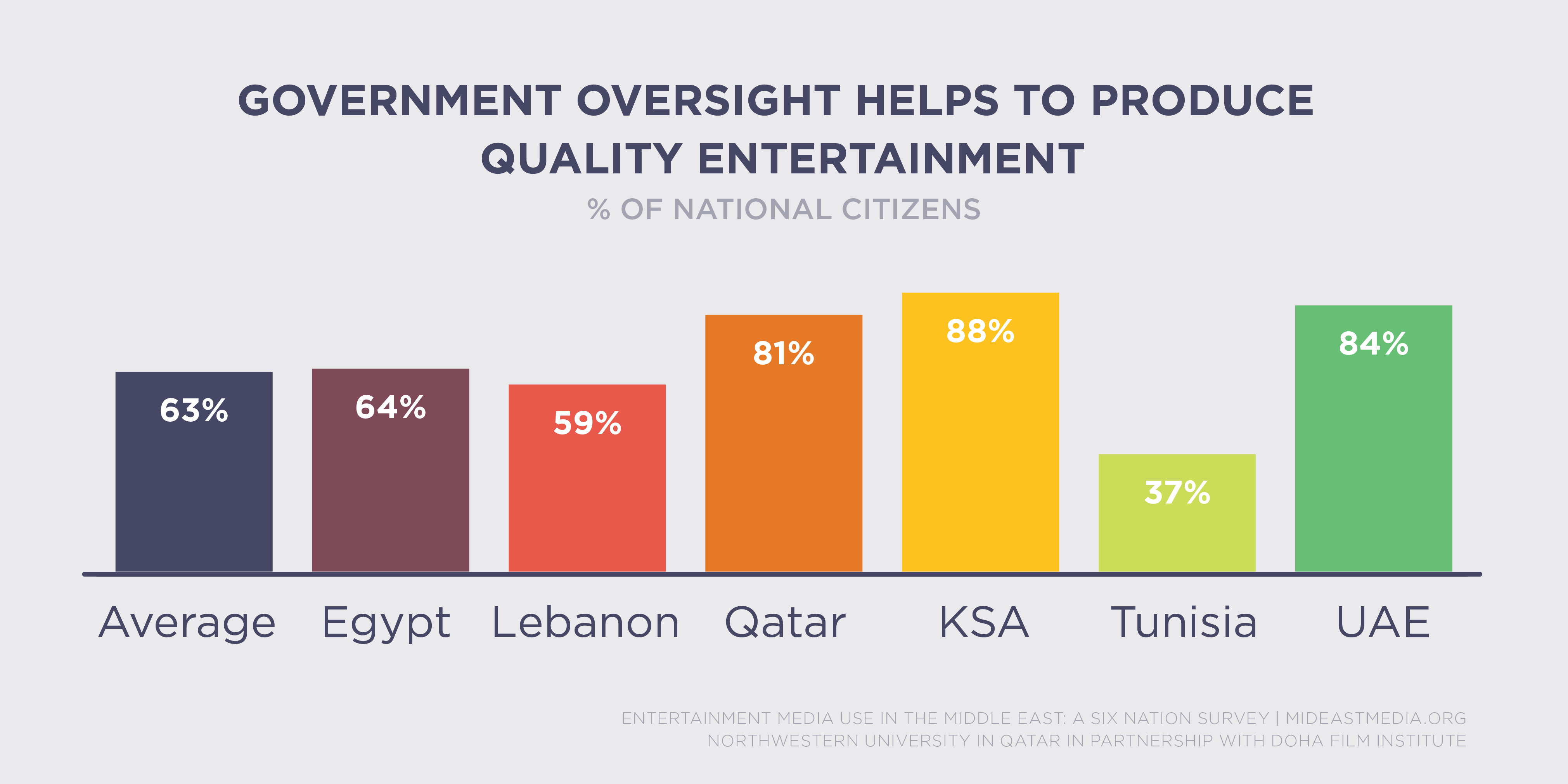 Westerners living in Qatar do not agree. While about half support regulation of violent content and the deletion of some sensitive scenes in entertainment (51% and 48%, respectively), they do not feel romantic content should be more tightly regulated or that material some people find offensive should be banned (59% and 55% disagree). Additionally, a minority of Westerners agree that government involvement helps the quality of entertainment media (43% agree). Residents in Qatar with children in the household are more likely than those without children to feel entertainment programs should be banned if some people find them offensive (76% vs. 61%) and violent content should be more tightly regulated (82% vs. 73%).

Despite their support for some entertainment content, residents in Qatar agree more than others in the region, that it is OK for entertainment to portray problems in society.  They also agree that people benefit from watching entertainment from other parts of the world – three-fourths agree, which is consistent across nationalities in the country.