Watching Films on the Internet and Disc (DVD, BluRay, etc.) 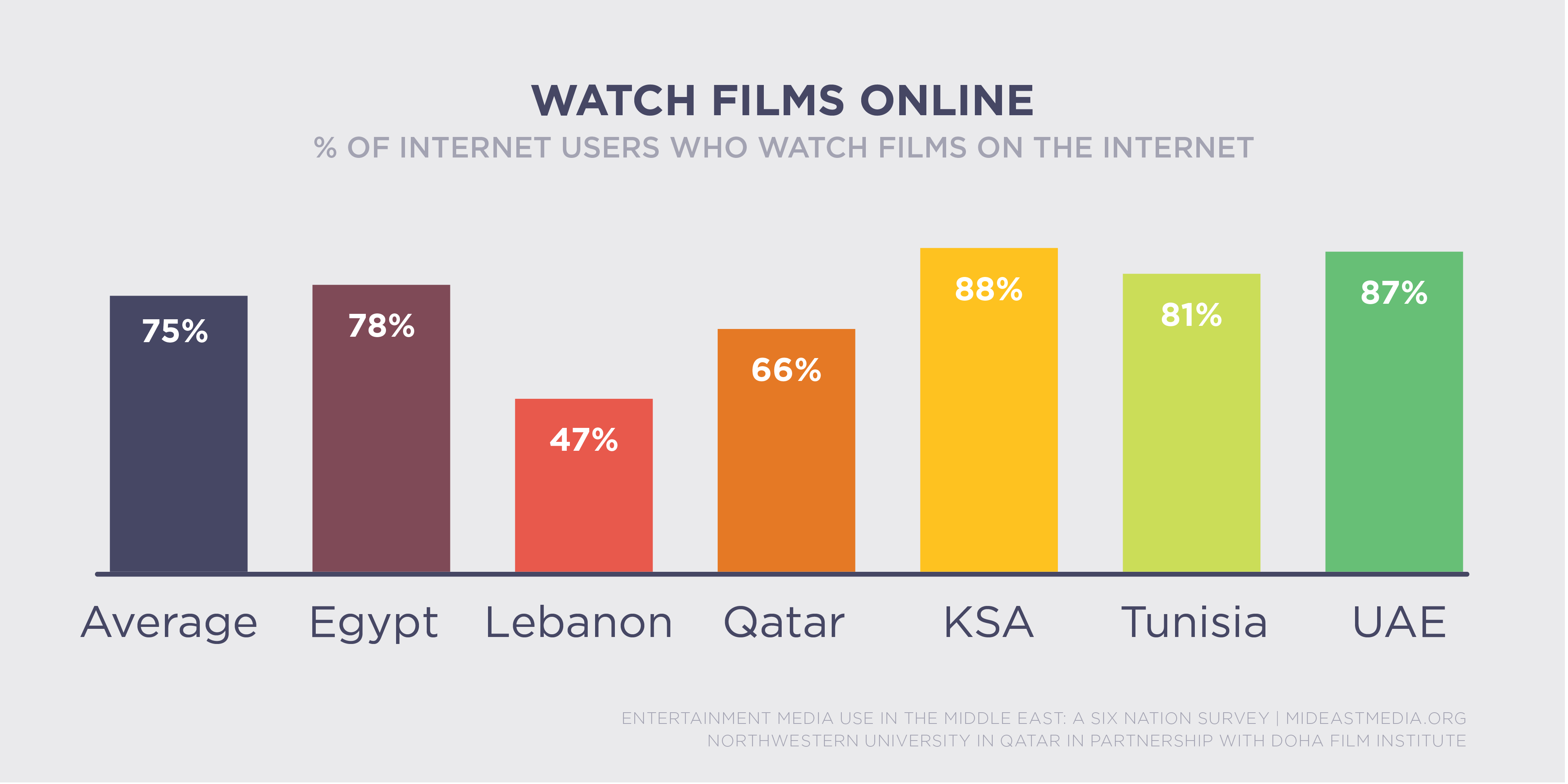 Of internet users, those under 25 are much more likely than those 45 or older to watch films on the internet at least weekly (51% vs. 30%, respectively), and men are somewhat more likely to watch films online weekly or more than women (45% vs. 38%, respectively). Nationality, income, and education have relatively little effect on the likelihood of watching films on the internet.

Nationals of all six countries, as well as Arab expats, are far less likely than others to watch films on disc – they are nearly twice as likely never to watch them as are Asian and Western expats. This may be because the films that Asian and Western expats prefer to watch cannot be found on television, and discs offer an alternative means to access them. (Specifically, 81% of Western expats watch films on disc, compared with 72% of Asian expats, 58% of Arab expats, and 47% of nationals.)