Sourcing and Enjoyment of Films by Region 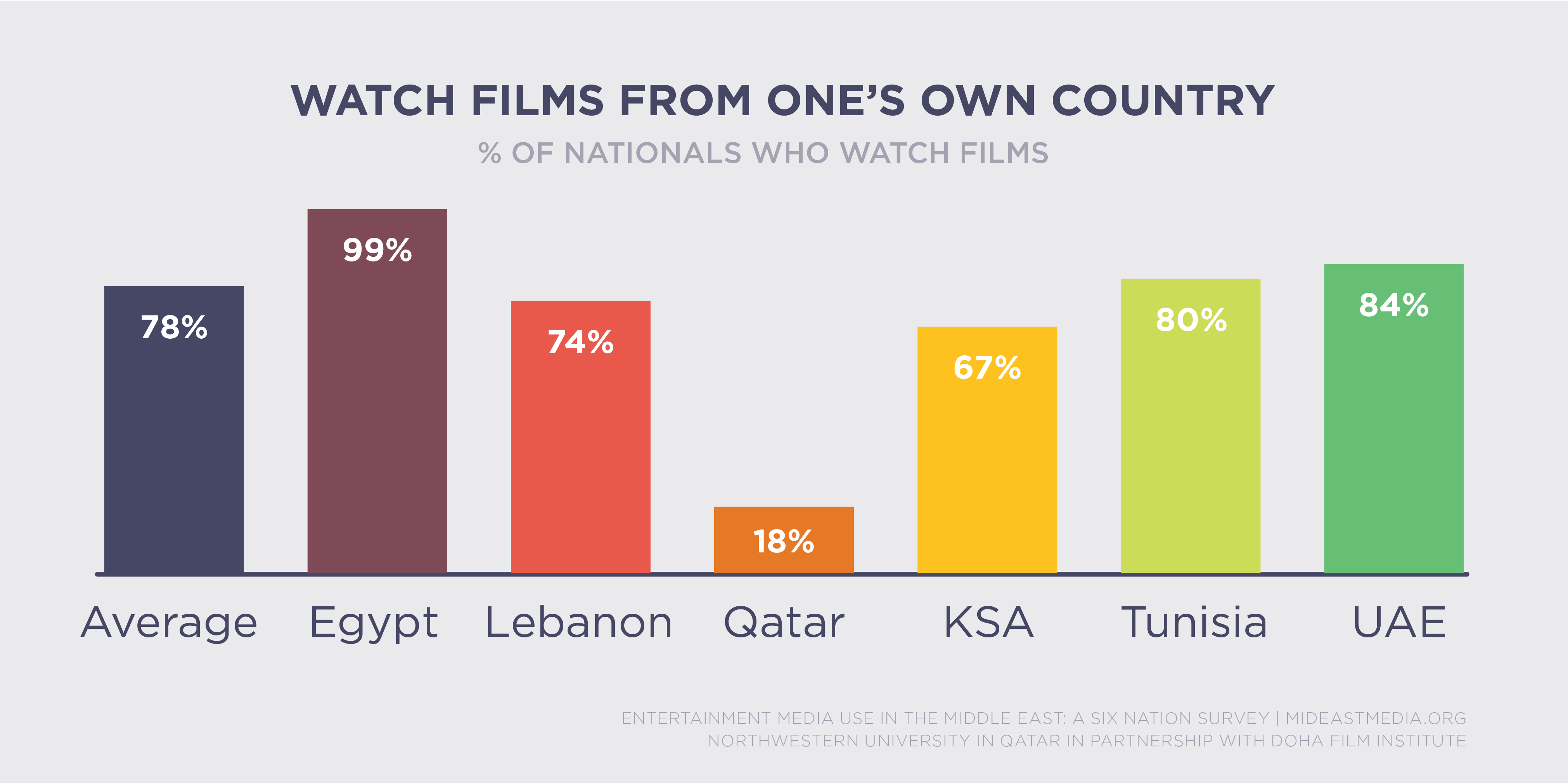 Those who watch films in the MENA region view content from a variety of regional sources, most commonly from their own country (60%). Many also watch films from the Mashreq-Levant countries (Egypt, Jordan, Lebanon, Syria and Palestine, etc.), more so than from the Arab peninsula/Al Khaleej countries (Saudi Arabia, Kuwait, the UAE, Qatar, Bahrain, Oman and Yemen) or the Maghreb countries (Morocco, Tunisia and Algeria, etc.) – 49%, 19% and 13%, respectively. After movies from the Arab region, viewed by 78% overall, the most frequently mentioned external source of content is, by far, the U.S. (47%). One-third of all film viewers watch films from India, but these are watched almost exclusively by Indians in the region (96%). One in four watches films from Europe; viewership of films from others region is much lower.

Local sourcing – that is, content from the viewer’s own country – is very strong in Egypt (99% watch at least some Egypt-sourced content in films), Lebanon (74%) and Tunisia (78%), is moderate in Saudi Arabia (57%) and the UAE (40%), and is low in Qatar (9%). Other Arab content is particularly strong among film-watchers in all countries except Qatar, where content from the U.S. (56%) and India (34%) is seen more than regional content. Indian-originating content is very marked in the UAE, the country with the highest Indian population. U.S. material is very common in Lebanon, where nearly three-quarters watch films from the U.S. (72%).