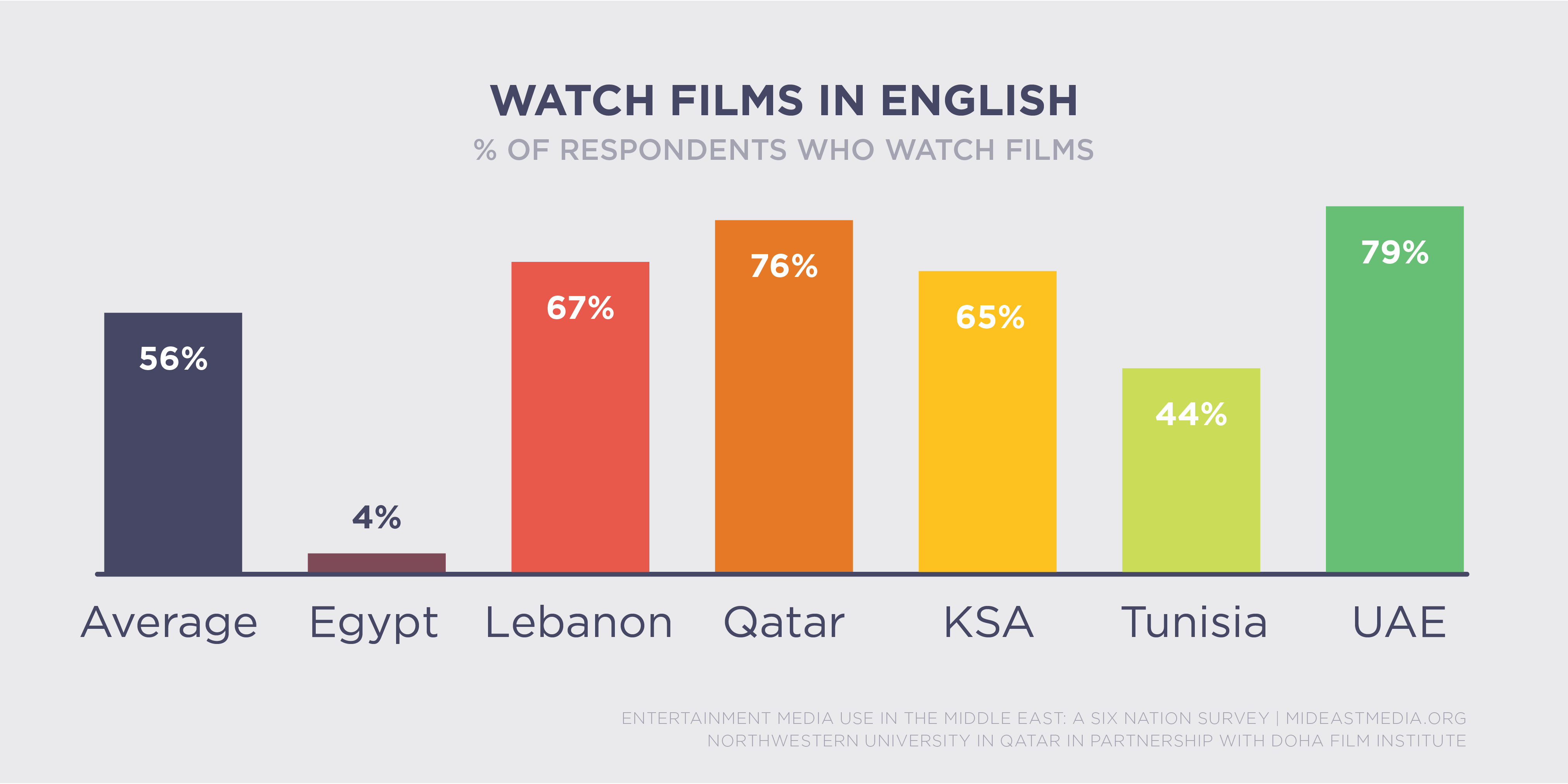 While Arabic-language films dominate in Lebanon and Tunisia, films in English are much more popular than French in Lebanon (67% vs. 10%) and as popular as French in Tunisia (44% vs. 47%).

Overall, non-Arabic expats far prefer films in English, with very few of them – less than one in ten – watching films in Arabic. Arabic is (naturally) the language of choice for watching films among those of Arabic origin, but three-fourths of Arabic expats overall and nearly half of country nationals also watch films in English (75% and 46%, respectively). There is a strong preference for Hindi-language films among the Indian population in the region (81%).