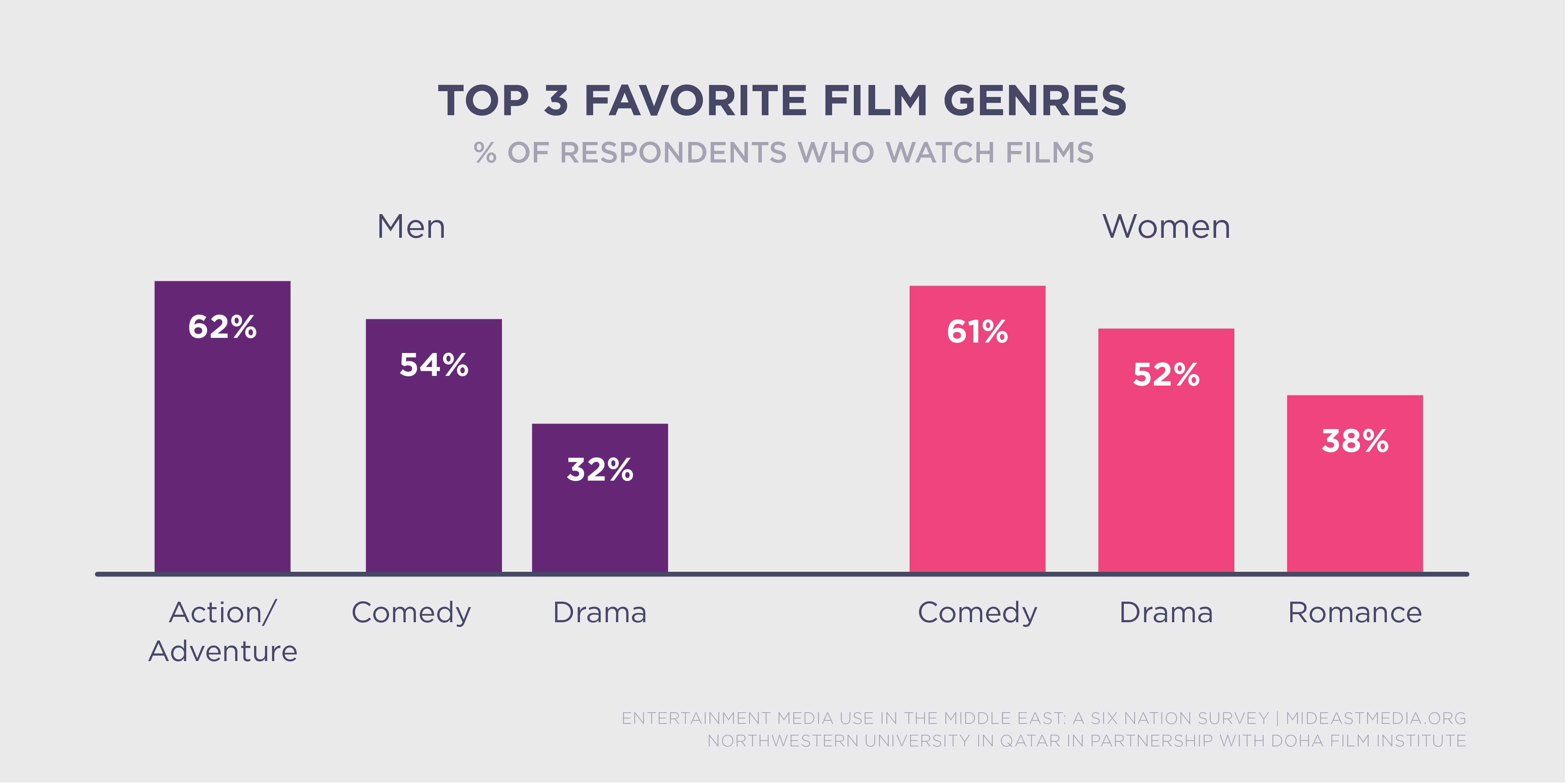 When asked to select their favorite genres of film, people most frequently chose comedy (58% cite comedy as one of their top three choices), closely followed by action/adventure (50%), and drama (41%). A quarter prefers romance films, and slightly fewer favor horror/thrillers (27% and 20%, respectively).

Younger film viewers are drawn more to action/adventure films than are their older peers. Those under 25 are nearly twice as likely as those 45 and older to put this genre in their top three choices (61% vs. 33%). Younger film viewers also express a stronger preference for romance and horror/thriller genres. Older people, on the other hand, enjoy dramas and religious themed-films more so than younger film viewers.

There also are some pronounced gender differences. Men are drawn more to action/adventure and horror/thriller films, while women tend to prefer dramas and romance.

Medium correlates somewhat with the types of films viewed. People are more likely to prefer dramas and religious films in a television format, while they prefer viewing action/adventure and horror/thriller films via other methods (cinema, internet and disc). This may be driven by the types of films that air on television versus those that only can be accessed through other means.