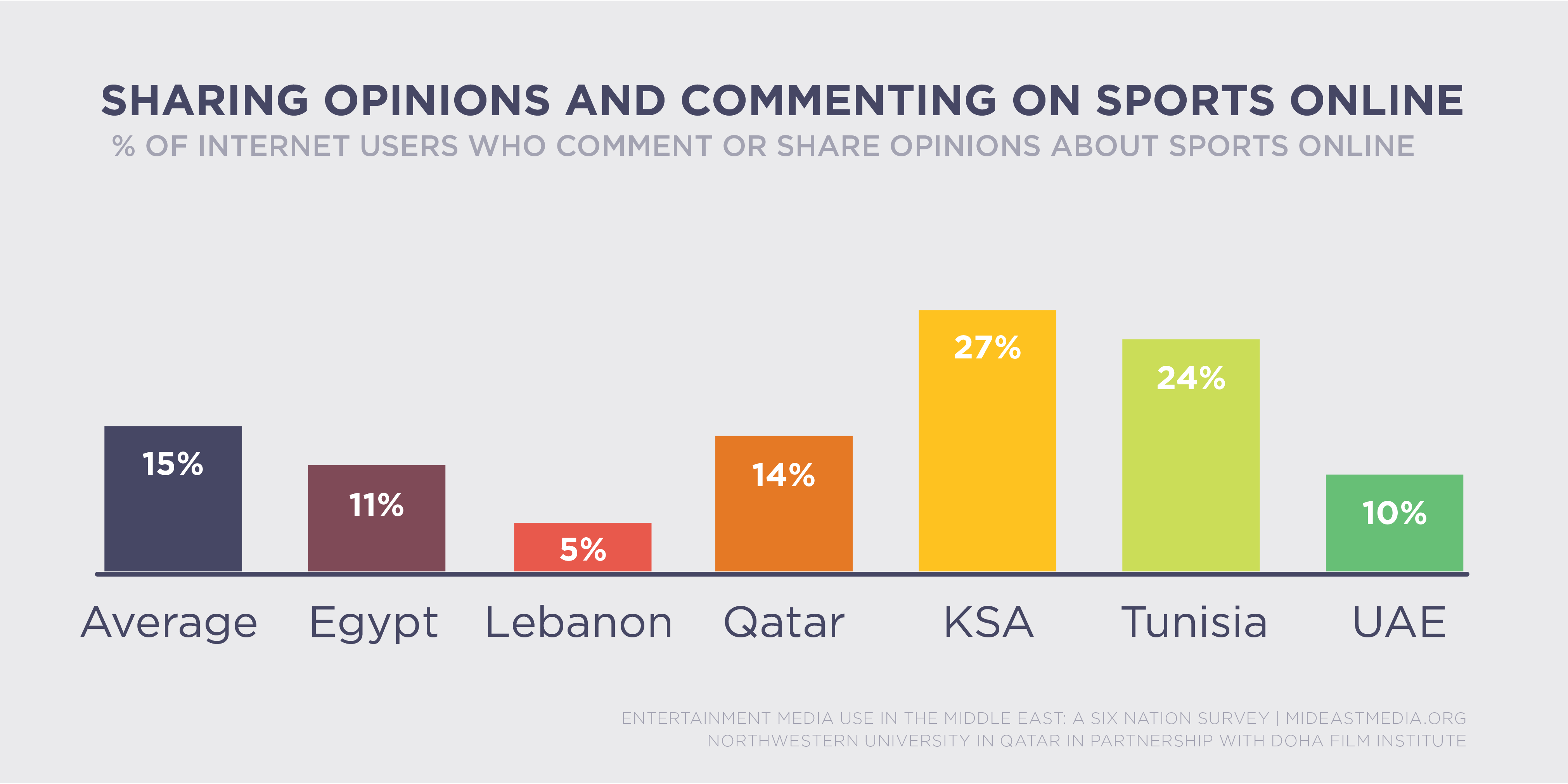 Those who share opinions and comments on entertainment online do so about a wide variety of topics, with no one type of content standing out. Discussing online video content appears to be slightly more popular; one in five internet users discuss video content online (20%). After that, there is a similar amount of online discussion about user-generated content, sports, television series, news stories, films and reality shows, each generating commentary by about one in seven internet users.

Sharing opinions and commentary about online video is especially common in Tunisia, where nearly half (44%) of online Tunisians offer perspectives. Sharing views about online videos is also popular in Saudi Arabia (27%) and Egypt (25%). Qatar’s internet users report less sharing of views about video content online; less than one in ten residents of Qatar (9%) do so.

Other content attracts similar levels of sharing and commentary, although residents of some countries seem somewhat more partial to specific types of content. Residents of Saudi Arabia, for example, seem more likely than those elsewhere in the MENA region to comment online about sports (27% vs. 15% overall), TV series (35% vs. 15%) and films (28% vs. 14%). Egyptians are attracted more to discussing user-generated content online (24% vs. 17% overall).