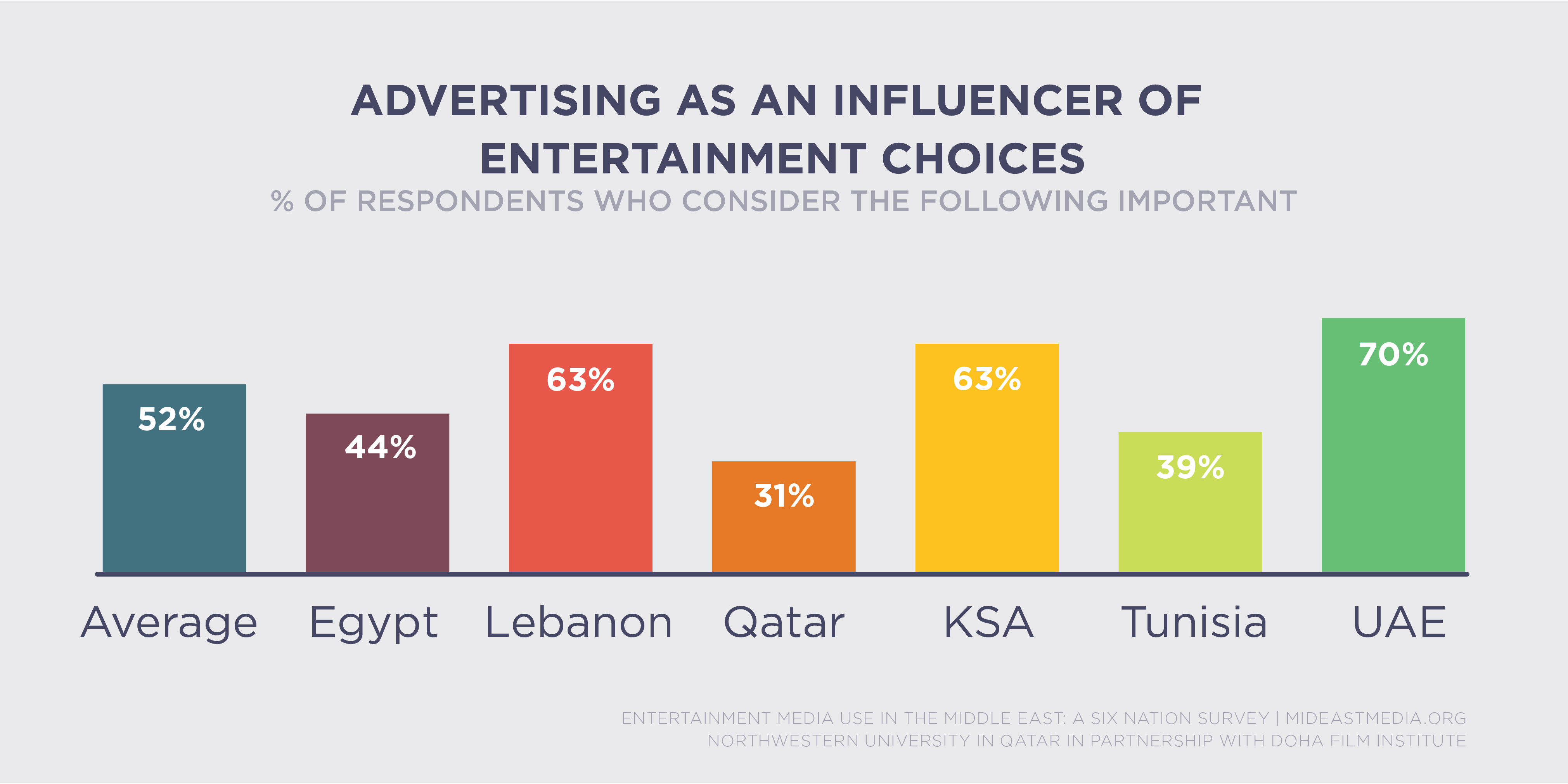 A slight majority – whether internet users or not – believes advertising is an important influence on their choices of entertainment. Advertising is of great importance in the UAE (70%), but far less influential in Qatar, Tunisia, and Egypt (31%, 39%, and 44%, respectively). Advertising is of roughly similar appeal to those under 45, while those 45or older claim to be less swayed. Advertising is of greater influence, reportedly, to European and U.S. expats than to national citizens. These figures are noteworthy, given the well-documented Third Person Effect in attitudes toward advertising, whereby media users often, if not usually, disavow advertising influences on themselves.