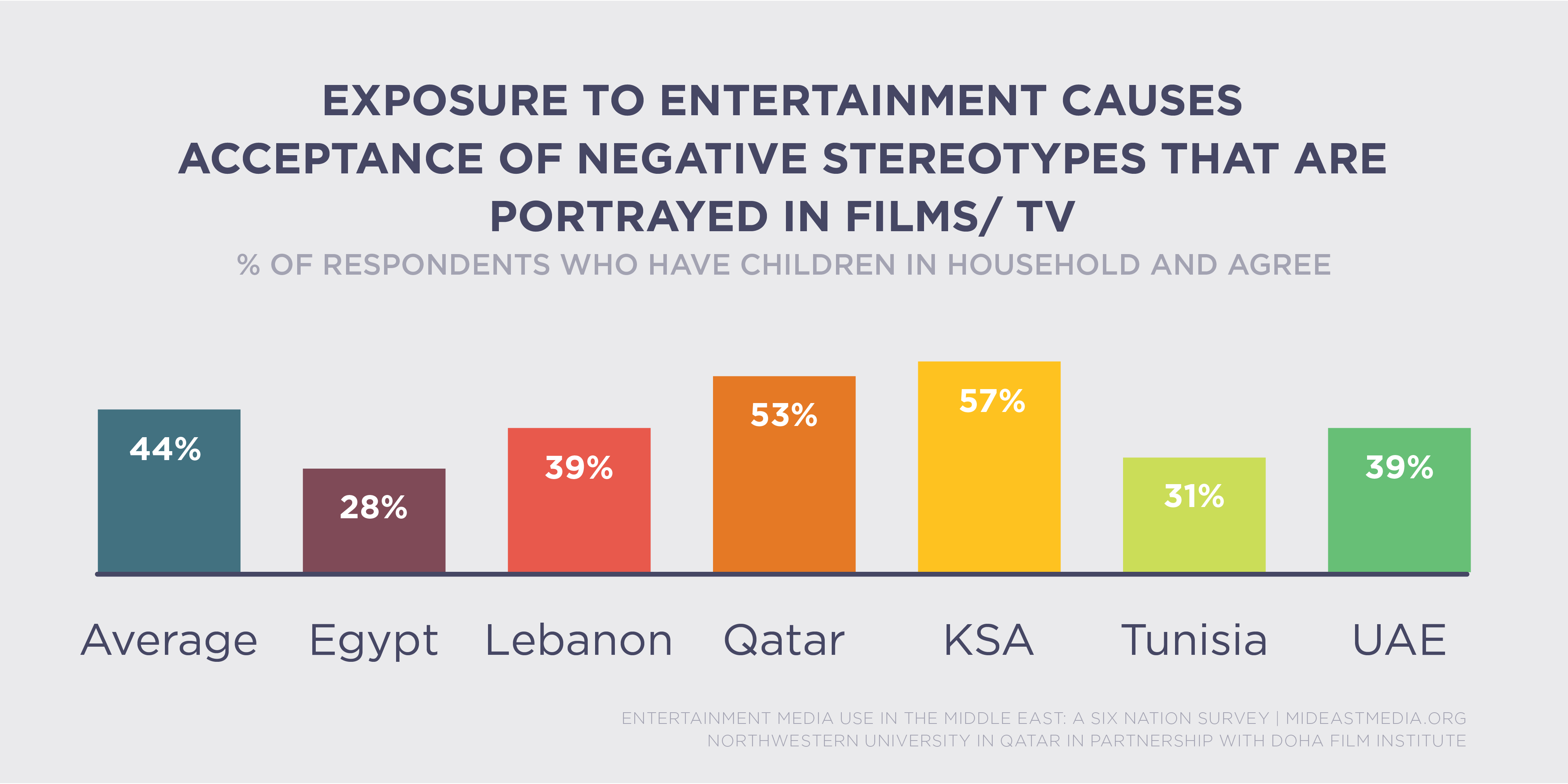 Those in homes with children express some concern about the negative impact of children’s entertainment on morality, stereotypes and culture.  A plurality of respondents in households with children believes film and

television reinforce negative stereotypes and encourage children to accept them (44%); 19% reject this notion. Residents of Saudi Arabia and Qatar, again, feel more strongly about this than those in the other four countries surveyed (57% and 53%, respectively). Those with higher levels of education are more likely to agree that negative stereotypes are reinforced by entertainment, while all age groups hold similar views on this subject.

A strong minority also accepts that exposure to entertainment media makes children desensitized to violence (41%), while roughly a quarter disagree (22%). This sentiment applies to all age groups, but is felt more strongly among those with more than a primary school education. It is felt most strongly among respondents with children in the household in Qatar and Saudi Arabia (52% and 56%, respectively).

Those taking part in this study do not generally accept that exposure to entertainment media adversely affects their children’s sense of morality or teach them “wrong values.” Only a third of people in households with children accept this connection as likely (37%), and the same proportion clearly rejects it (33%).  Those in Qatar and Saudi Arabia, again, express more concern about the impact of entertainment on morality (57% and 51%, respectively).  Only 16% of those with children in the household in Egypt believe in such a connection.