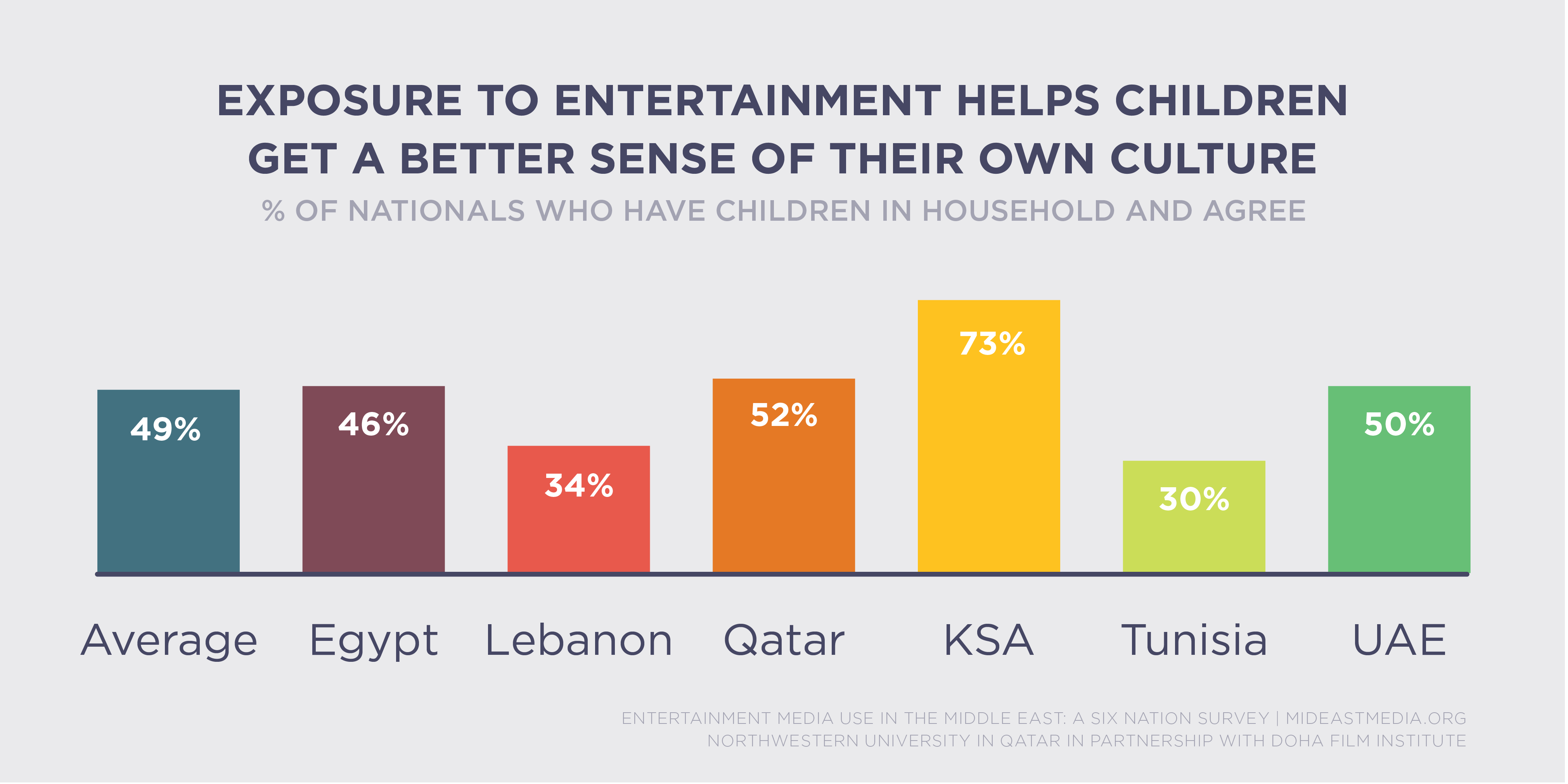 Those with children in the home clearly feel exposure to entertainment media helps children become more tolerant of other cultures; roughly two-thirds of those in households with children feel this way (64%). A belief in the tolerance-enhancing effects of entertainment media was reported in all six countries, especially in Qatar and Saudi Arabia (74% and 69%, respectively, agree).  The same belief is very strong among children of U.S. and European expats – 83% agree – but is also felt by a clear majority of all ethnic groups.