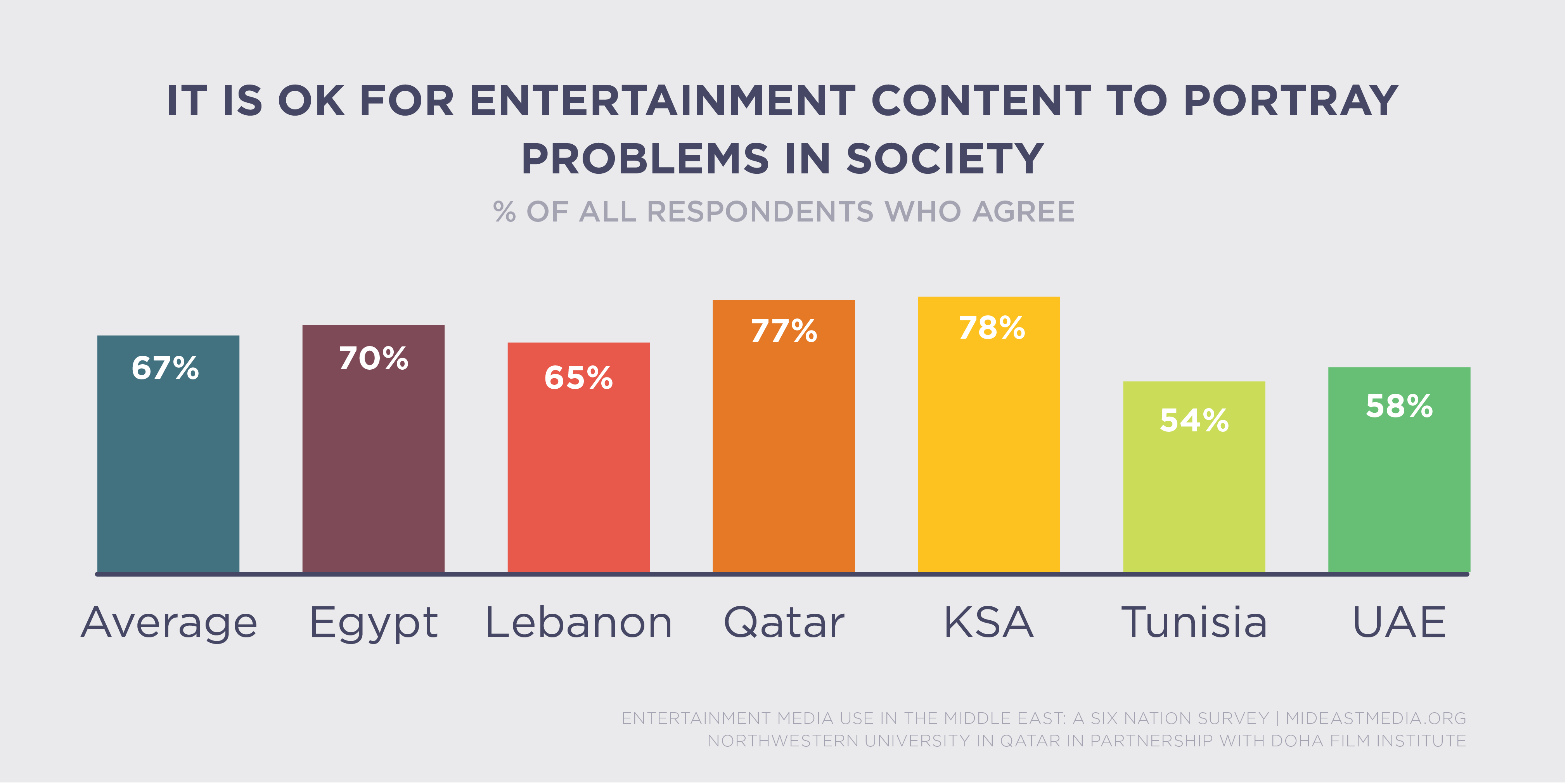 Views on these issues are largely consistent across demographic groups. Older respondents and those with lower levels of income and education are less likely to feel entertainment media challenge rather than reinforce cultural stereotypes (44%, 45% and 29%, respectively). Those with less schooling are also less likely to see benefits in watching extra-regional entertainment (47% agree).