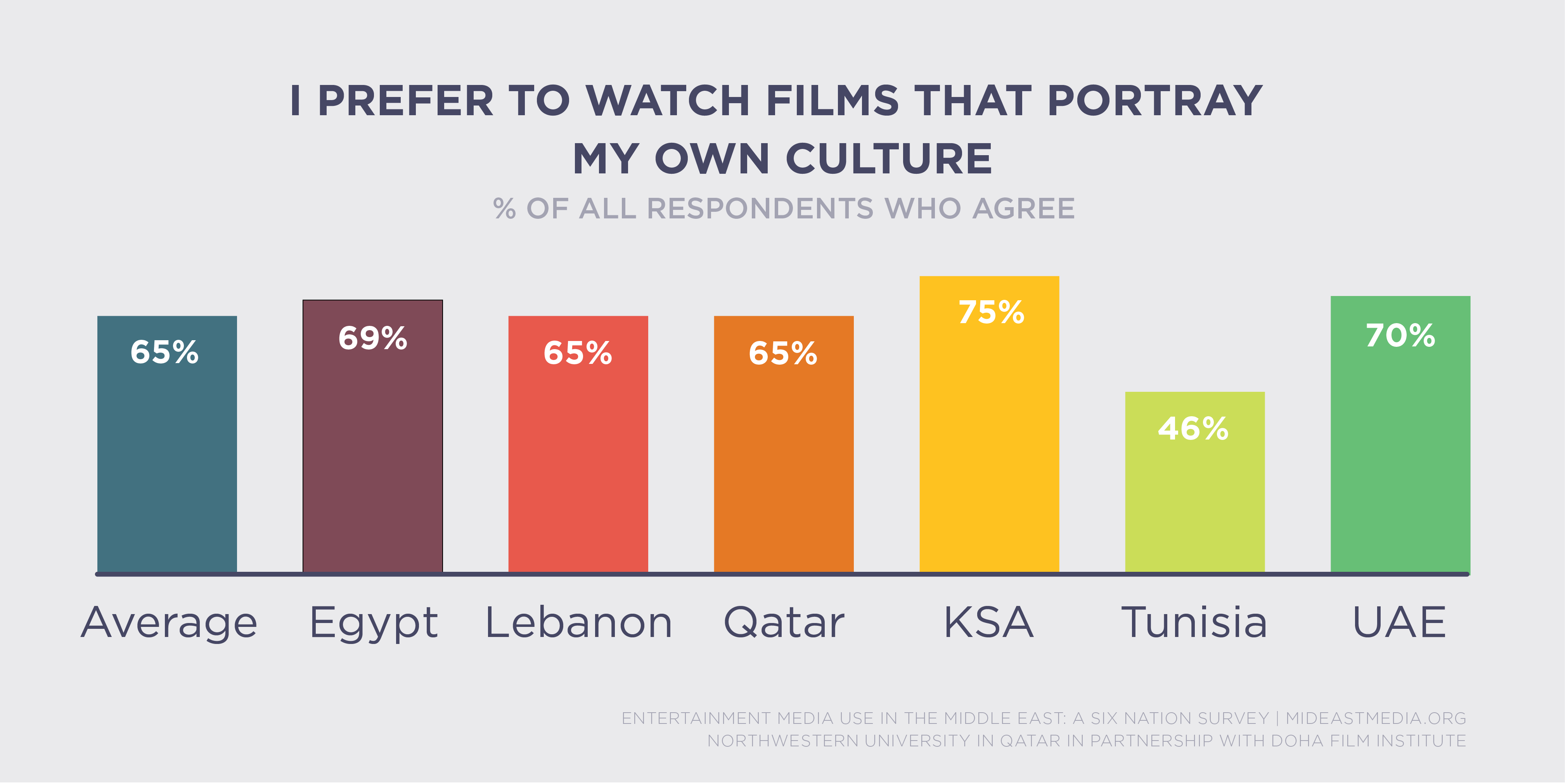 Cultural proximity matters in entertainment preference. Two-thirds of survey participants prefer to watch films that portray their own culture and would like more entertainment to be based on culture and history (65% each). The majority also believes film is an important source about one’s culture (54%). Those from Saudi Arabia feel most strongly about the potential cultural benefits of entertainment and those from Tunisia much less so.

Those eager to preserve their cultural traditions are much more likely than those with less commitment to cultural traditions to watch films that portray their own culture (74% vs. 48%) and to feel more entertainment media should be based on culture and heritage (75% vs. 41%).

Consistent with their lower level of support for preserving their cultural traditions, those with the lowest levels of income and education are also less likely to desire a closer connection of entertainment to their culture.

Across almost all media – film, television, music and online content – respondents are more likely to consume content from the MENA region, and their own country in particular, than content from any other part of the world. Whether this is due to preference or the practical matter of availability is unknown, but Arab-produced content clearly dominates.

The gap between consumption of indigenous Arab content versus other content is most pronounced for television – more than eight in ten watch content from the MENA region, while one-third watch programming from outside the region. Comparatively, about three-fourths watch films from the Arab world with an almost equal number watching films from outside the region (71%), primarily from the United States (47%).

Egyptians, Lebanese and Tunisians are far more likely to consume all kinds of media entertainment from the MENA region than those in Gulf states. However, this is likely due partly to the ethnic composition in Gulf countries. Among nationals in the Gulf states, nearly all (more than nine in ten) consume films, television, music and online content from the MENA region.