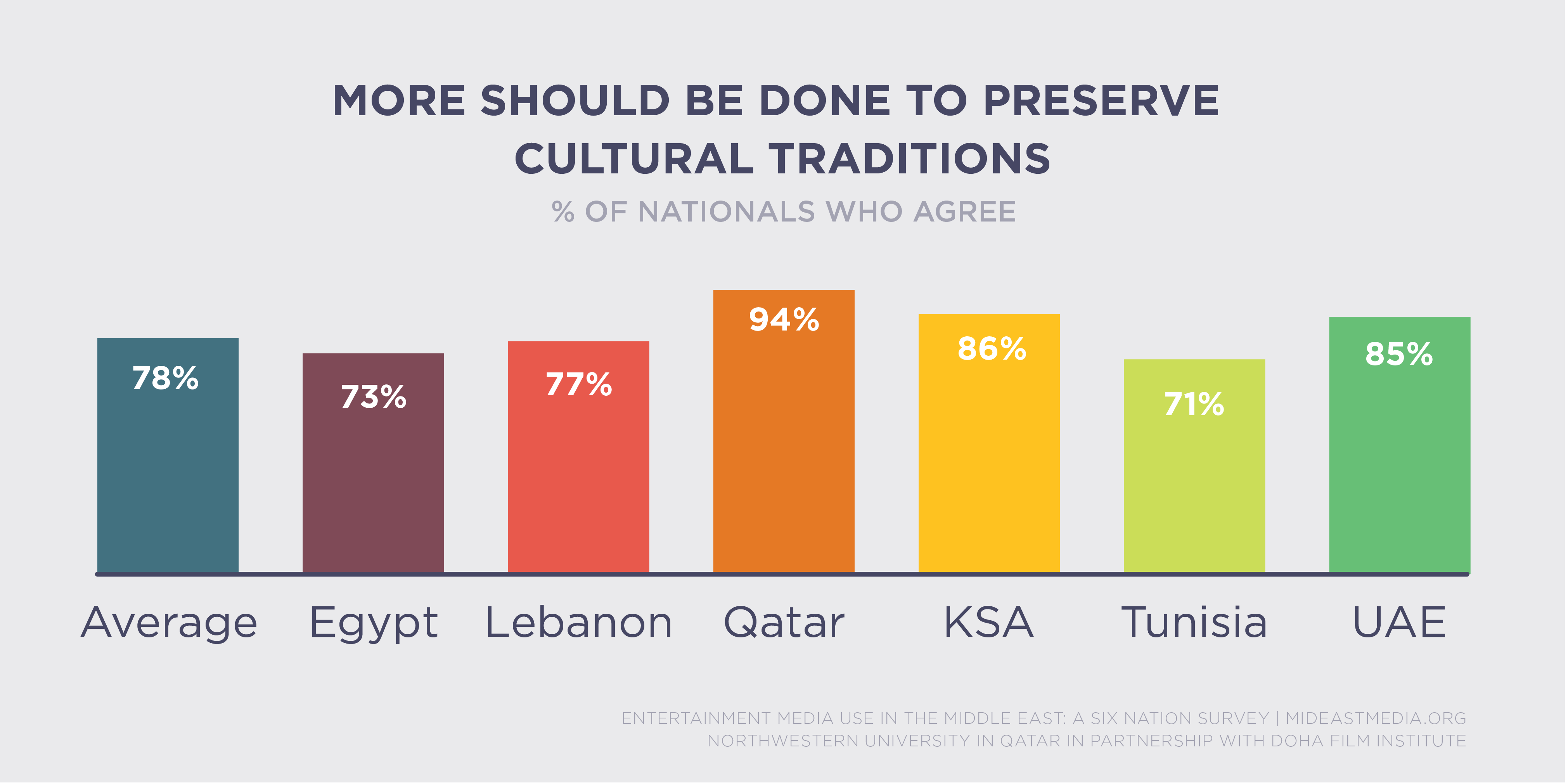 People in all six countries agree with the importance of upholding cultural traditions, but this sentiment is expressed most strongly in the three Gulf states: Qatar, Saudi Arabia, and the UAE, and particularly among citizens of these countries. A near universal nine in ten Qatari citizens believe more should be done to preserve cultural traditions. Those in Qatar and Saudi Arabia are also the most likely to believe this can and should be done in the context of the modern world (80% and 81%, respectively, agree that cultural heritage can be preserved in the 21st century; 76% and 79% agree their culture should integrate with modern society). Those in Lebanon also show strong agreement with the integration of culture and modern society (72%). Interestingly, those with less income and education express less interest in preserving their cultural traditions overall.