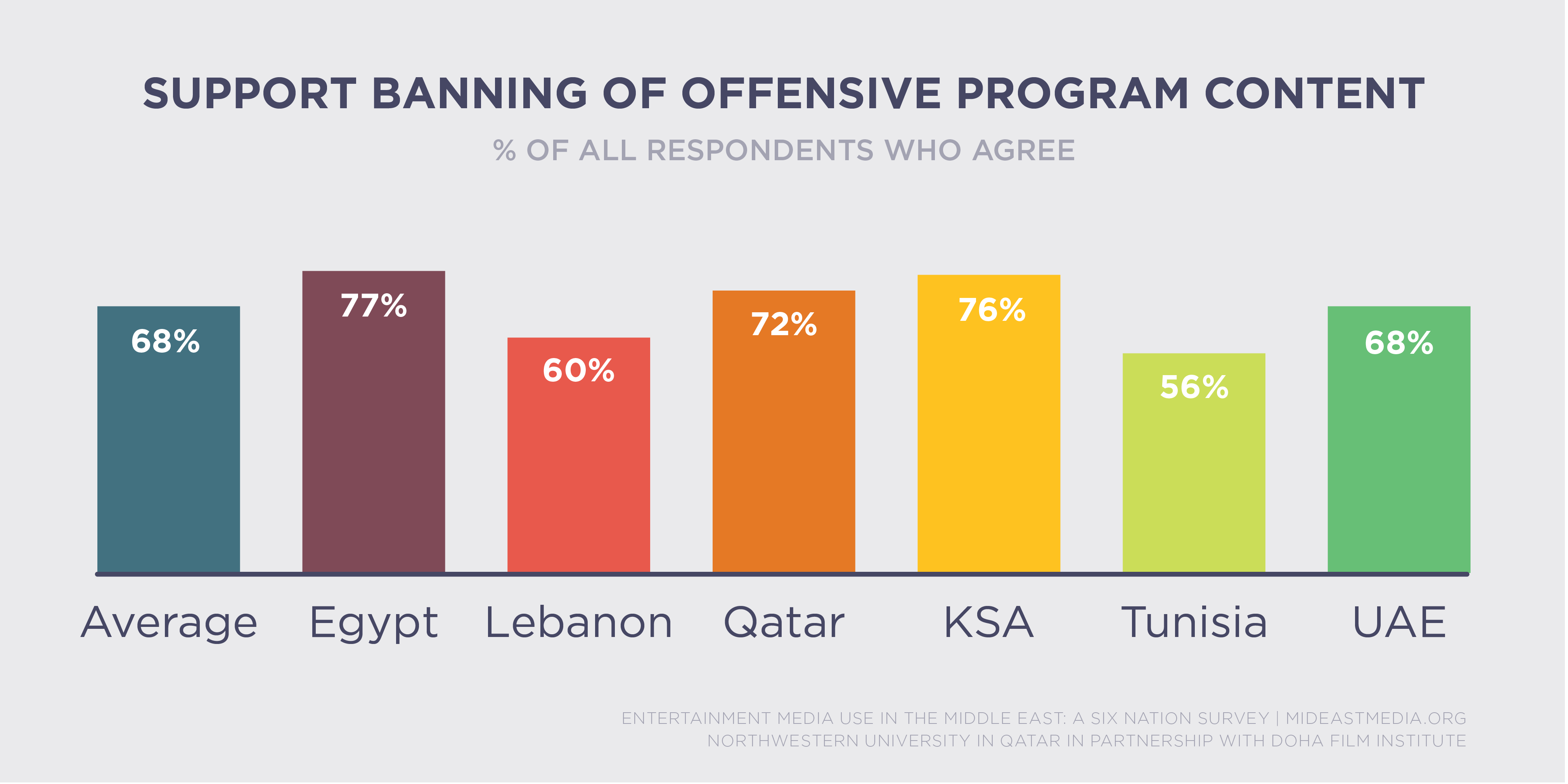 The large majority of the people surveyed believe entertainment should be more tightly regulated when it comes to violent and romantic content, and that some scenes should be deleted or whole programs banned, if some people find them offensive (about seven in ten agree with each of these statements). Conversely, less than a third expresses the opposing opinion that films and television shows should be shown in their entirety even if some people find the content inappropriate (29%).

This support for censorship of entertainment material is expressed in all six countries, but most strongly in Saudi Arabia. Those in Tunisia appear to be more tolerant, but still more than half of Tunisians agree with tightening regulation and censorship of entertainment material. Those in the UAE are most likely to say films and television programs should be shown in their entirety even if some people find the content inappropriate (39%).

Support for regulation and censorship of entertainment content is expressed among all age groups, but it is especially strong among those 45 and older. Education also has an association with opinions about regulation. While people of all education levels express support for regulation and censorship, those with only primary schooling appear to be somewhat more tolerant - they are slightly less supportive of regulation of violent and romantic content and are less likely to support the deletion of content that may be considered offensive or inappropriate (about two-thirds agree with these statements).

Those who have children in the household are more likely to support government regulation, both in general and specifically related to children’s entertainment. Eight in ten of those with children in the home would like the government to do more to protect their children from certain content. Three-fourths of those with a child in the home agree with regulation and censorship of entertainment more generally, including violent and romantic content.